What To Do When There Are No Price Guides

Establishing the value of a rare coin is one of the basic requirements for being a professional coin dealer. Most use the usual price guides, such as the Greysheet or the Red Book, auction records, grading service price guides, population reports, and many other pricing tools. In most cases, one or a combination of these tools provides enough information to make an accurate decision.

Usually, a dealer or collector is trying to determine the value of something in their comfort zone. This means that the coin is something they handle frequently and they understand the variables that come into play when determining value. For most coins, this has to do with an understanding of the coin’s appearance and how to interpret value based on the average example for the issue, which can be accomplished with some degree of experience.

The task becomes much more difficult when you encounter a coin that is beyond your comfort zone or is so rare that there is little or no pricing information available. Hardly a day goes by that a collector or dealer does not call me to consult on the value of a rare or unusual numismatic item. It is one of the most interesting parts of my work as a professional numismatist.

Sometimes the questions come from someone with little knowledge, and the answer is easy and straightforward. Other times, the inquiry will be about a coin that has not traded in decades or is so rare and unusual that deep research is required. This is where it gets exciting! 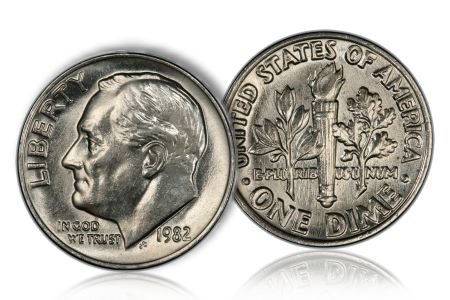 Let’s start with the most commonly seen pricing dilemma: a rare coin in high grade with a low pop (number of coins graded). Although there are some pricing guides that cover coins in high grade, these are somewhat unreliable. One of the biggest mistakes a dealer or collector can make is to underestimate the value of a high-grade, low-pop coin. In recent years, these coins have become the focus of intense bidding wars from collectors seeking to assemble the finest possible sets for registry competition. This applies to everything from Proof gold coins to Roosevelt dimes. For the finest known example of almost anything, you can, as the old saying goes, “throw out the book.” I am frequently astounded by the prices that coins of this caliber bring. The final word on value for these items is usually established at auction.

For high-grade, low-pop coins, the competition varies depending on the popularity of the series. It also depends on how many players are vying for the top coins of each series. The number of collectors seeking to build the finest-known sets can and do change. A few years ago, Lincoln cents were on fire with several collectors fighting each other whenever a finest-known Lincoln surfaced. Prices realized at auction reached incredible levels. Unfortunately, a few of these players have dropped out of the bidding and prices have softened quite a bit, with the exception of “top pop” examples. The finest-known coins still bring semi-crazy prices. In contrast, other series, such as Morgan dollars and silver commemoratives are as hot as ever. For series with relatively few collectors, such as Liberty Seated coins or Bust coinage, the competition is much less intense and should be factored in when estimating values for rare or high-grade examples.

As mentioned above, auction records play a large role in determining the value of these top-end rare coins. Getting access to these records has never been easier for the average collector. NGC now offers this service, as do many of the auction companies themselves. At Mid-American Rare Coin Gallery, we maintain a complete library of auction catalogues spanning several decades. These physical catalogues are important, as most auction companies do not have records online for sales from the 1970s to the late ’90s.

The internet has made the task of researching auction records much easier. A couple of decades or so ago, collectors were kept in the dark far more often about the information they now take for granted. I have been told by several serious collectors that they would not commit the sums of money they have invested in rare coins without the aid of auction records to verify the value of the coins they purchase.

Auction records are useful, but they do not always tell the full picture. A coin might bring an incredible price because it was considered under-graded or simply fantastic for the grade. Coins with beautiful color can sometimes command serious premiums. Also, you might encounter a coin that has not been traded at auction in decades.

A few months ago, another dealer contacted me about a World gold coin that he had an opportunity to purchase. The coin is very rare and none had been offered on the market in over 25 years, in a sale where the exact same coin was featured. Most of the price guides list the coin at around $25,000 retail. The population data was not very useful, as none had ever been certified.

Even though none of this particular coin had been offered in years, other coins of similar popularity and rarity had sold for much more at auction. We were able to purchase the coin and it sold recently at auction for over $60,000. Although the buying decision was made on an educated guess, the chances for success are much greater when all factors for determining value are utilized. One of the most valuable resources to use when trying to value a coin that is not covered by the price guides is to consult with an expert in the series being considered. Today, there are more specialists in numismatics than ever before. If you have a rare and unusual Colonial coin, you will do well to consult an expert in this field; the same can be said for World and Ancient coins. A relationship with experts in the series you have decided to collect will prove to be an extremely useful tool. These experts not only help locate rare coins; they can also supply pricing information that only years of experience can provide.

Auctions records for World coins are only now becoming readily available. One great resource is CoinArchives.com. This site lists records for coins sold at auction around the world and the search engine is very sophisticated. Most major US auction houses also have great auction history functions.

Until several years ago, the market for World coins was largely for uncertified coins. Now, the demand from collectors seeking the safety of third–party grading and authentication has exploded. As this market grows more sophisticated, expect this trend to continue.

Rare coins are unlike stocks, bonds, or precious metals. Prices are not listed daily in the newspaper and price guides are just that — guides to value. Collectors need to utilize every asset available to determine the value of coins when making a purchase or sale decision. Price guides are useful, but sometimes you need to dig a bit deeper when dealing with coins with little to no price information. For many coins, the stakes are high, and making a hasty decision can be costly.

Getting caught up in a bidding war for a “top pop” coin is dangerous. Quite a few coins have sold recently for much less when re-offered at auction just a few months later when there is one less bidder. You must factor in both the “must have” and the financial consequences if you need to sell the coin in the near future.

The money really does not matter for some collectors, and this is quite evident by some of the stunning prices coins have been achieving in the last year or two. Less wealthy collectors are more concerned about value and should determine their limits before engaging in mortal combat at auction.

Establishing values for extremely rare coins or extremely high-grade coins is tricky business. Use all of the tools available to you, including experts in the series you collect. Whether you love Roosevelt dimes or Proof US gold coins, understanding how coins are valued is essential for you to become a successful collector!