I began my career in numismatics in the mid-1970s. At the time, precious metal prices played a relatively small role in the market for rare coins. Gold sold for around $150 to $200 per ounce, and silver hovered in the $4 to $6 per ounce range.

The rare coin market was a quiet cottage industry. The most accurate and widely used price guide was the Red Book (A Guide Book of United States Coins), which was published just once per year and highly anticipated. The market for rare coins was also much smaller, and investors had barely given numismatics a glance.

Rare coins were also incredibly inexpensive in the mid-1970s. A superb 1879 $4 Stella could be purchased for under $10,000, and many rare coins were at a fraction of today’s levels. Rare coin grading was still evolving, with most still using adjectival grading.

By the late 1970s, inflation had become the No. 1 problem in the United States. The numismatic world was about to change almost overnight.

Gold and silver prices began a sharp rise in the middle of 1979. By January 1980, prices had peaked at over $850 for gold and nearly $50 for silver. Famously, the Hunt brothers had attempted to corner the market for silver. Prices nearly quadrupled in a few months. This began one of the most exciting booms to ever hit the numismatic world.

Anyone with a coin shop at the time was making fantastic sums of money. Most were greeted each morning with lines around the corner of people desperate to cash in. The only limit on how much money could be made was capitalization. Many dealers were out of money by lunchtime.

The public was selling anything and everything made of silver. Sterling sets that had been in families for generations were now headed to the refinery.

The large crowds of sellers also brought rare coins with them. Coins were in the spotlight like never before. Incredible collections, coin hoards, and numismatic delicacies were now coming over the counter in record numbers. Many of the great rarities seen today made their first appearance during this time. The unique 1870-S Half Dime was somehow sold over the counter in a Chicago coin shop and later discovered in a junk box. These were truly exciting times in the rare coin market.

Unfortunately, the gold and silver boom was short-lived. By March 1980, silver had fallen to below $11 per ounce again. Obviously, speculation had played a large role in the rise of gold and silver.

The impact on numismatics by the 1980 gold and silver boom was multi-faceted. Coin prices soared along with metal prices. Many rare coins traded hands for prices that would not be seen again for two decades.

The absolute peak was the auction sale of the Garrett (no relation) Collection. Coins were bringing six-figure prices with regularity. Most of the buyers were rare coin dealers who were newly minted millionaires from precious metals trading. This was a very exciting time to be a rare coin dealer.

Many of today’s well-known names in the numismatic world were very young, making incredible sums and living large! Like someone who had won the lottery, a few could not handle the newfound wealth and lost it all due to drugs, gambling, and a decadent lifestyle. Maybe someday, someone will write a book about this incredible part of numismatic history. 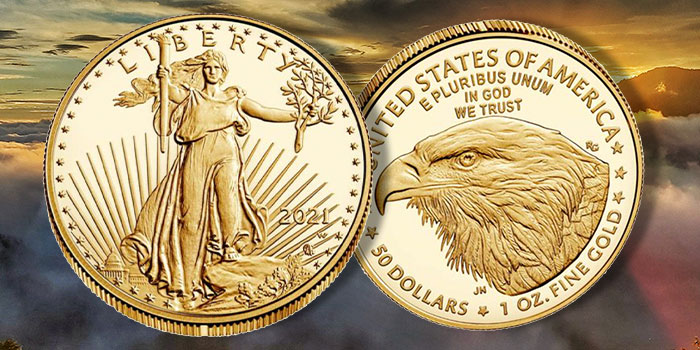 Just last week, gold prices closed over $2,000 per ounce for the second time, exceeding the record of about $1,900 set in late 2011. Even though prices have subsided a bit, demand for physical gold and silver remains incredibly strong. For example, American Silver Eagles are bringing about 40% over melt value.

Unlike in 1980, the recent rise in gold prices has not been driving new rare coins to the market. The rare coin market is much more developed now than four decades ago and it is safe to say that a majority of rare coins are owned by sophisticated collectors.

Our company buys coins from the public almost daily, but most are the result of inheritance or estate planning by aging collectors. Often, members of the public will ask me for an appraisal, and then ask my advice on selling. If they have gold coins, it seems that they are almost always hoping I will tell them gold will soon skyrocket, and they should keep holding on. Obviously, no one really knows that for certain, and I encourage them to make their own decisions.

The biggest result of a rising gold price is that more investors will be drawn to precious metals. Coins shops, internet sellers, and large retail operations are seeing almost daily increases in interest in physical gold. A small percentage of these buyers may be attracted to rare coins after being introduced to buying gold. The same can be said about silver buyers. For example, it’s a pretty common occurrence for buyers of United States Silver Eagles to discover the romance of classic Silver Dollars struck from 1878 to 1935.

As I have mentioned in a recent article, now is one of the best times in the history of our hobby to buy common-date, classic United States gold coins. The recent oversupply has driven their prices to near melt and they are actually less expensive than modern US Gold Eagles. Buyers can also buy Choice examples for small premiums. For anyone new to the hobby, this is a great time to start a date set of $5, $10, or $20 gold coins. The premiums are low, and you could probably buy 100 date and mintmark combinations.

Rising gold and silver prices will probably not result in a surge of new material like it did in 1980. This is good for the hobby because, as has been seen from the recent oversupply of common-date gold coins, prices drop when there is not enough demand to support the market. There are no bags of rare United States coins waiting in the wings to be sold if bullion prices spike.

Unlike in 1980, when the biggest buyers of rare coins were newly rich coin dealers, rare coins are widely dispersed among many thousands of collectors. Most are in what could be called “strong hands” and will not be entering the market all at once.

The most important job for hobby leaders is to take advantage of rising gold prices and introduce bullion buyers to the excitement of numismatics. Dozens of great books can be used to educate those new to the hobby. Encourage them to join the ANA or a local coin club in the area. The hobby can grow, and we should all capitalize on the opportunity when new participants discover rare coins when buying bullion.